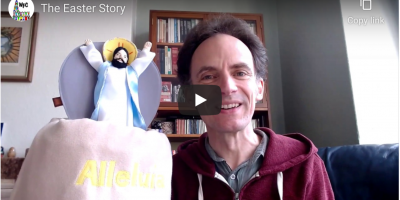 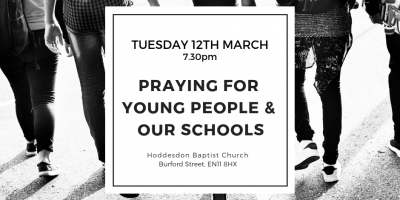 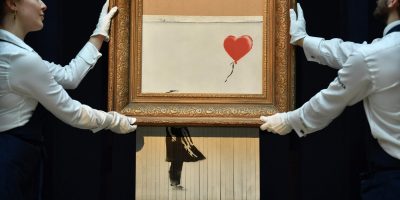 Props: For this assembly I brought together a series of props to represent the different characters in Jesus’ famous story:

Outline: Introduce the assembly with the question Jesus was once asked – who is my neighbour? Explain that Jesus rarely answered questions directly, but often told stories instead. Here’s the story he told…

Invite a child to come and play the part of a person on a journey – for comic effect invite someone short to come and help. Reveal the large rucksack and pop it on their back. Get them to act out going on their journey, walking across the stage, wearing a happy face. Be prepared to walk with them to encourage and direct them.

Part way across, stop them and point out the large cliffs looming on either side and the rocks. Get them to swap to a scared or nervous face.

Invite someone else to come and play the part of the robber, leaping out from behind a cliff and bumping them on the head with the stick…gently! Get the person on a journey to fall to the floor as if dead and have the robber take the rucksack and run away with it gleefully, leaving the injured person on the ground groaning.

Explain that there is hope, however, others were on the road that day, perhaps they would help! Invite three more volunteers to walk along in turn. The first is the priest – dress them up and get them to give a twirl. Ask the pupils if they think a priest would stop and help – no sadly not, they’re running late for an assembly and so rush past…

Secondly, the policeman in his hat (get them to go ‘hello, hello, hello’). Will they stop? No, they might be strong (show muscles?) but they’re on their own and there are robbers here. They rush on past as well.

Finally, the Samaritan (here I revealed my slightly over the top headwear for another easy laugh!) Explain how the Samaritan’s people were enemies of the person on the journey’s. They would make jokes about each other, point fingers at each other and even fight each other. Would the Samaritan stop? Yes! Get the Samaritan to help the injured person to their feet and lead them to an imaginary innkeeper (or convenient teacher who looks game) to look after them.

Give volunteers a round of applause!

Point out that Jesus finished by not answering the original question, but challenging us to be a good neighbour like the Samaritan (ask the question who was a good neighbour to the injured person).

Bring the story up to date by giving an example of being encouraged to befriend and look out for those that are different from you in your own experience. For example, I told the story of being at University and being asked why I always sat with or talked to White British people rather than Black students or other students who were clearly from elsewhere. This was not a deliberate decision, but rather a subconscious bias towards those that were like me and so ignoring those that weren’t. I was shocked when this was pointed out to me and have tried to mix more ever since.