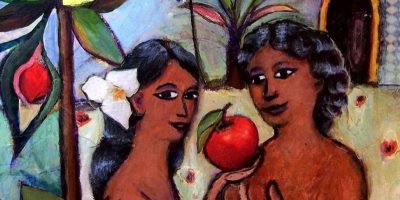 Daniel 7:13-14 NIV
“In my vision at night I looked, and there before me was one like a son of man, coming with the clouds of heaven. He approached the Ancient of Days and was led into his presence. [14] He was given authority, glory and sovereign power; all nations and peoples of every language worshipped him. His dominion is an everlasting dominion that will not pass away, and his kingdom is one that will never be destroyed.

Having announced judgement on the beasts raging over the people of the earth, one of their number, one like a son of man, comes into God’s Presence. It is he who is given authority over the earth, he is given the kingdom, not the beasts. His is a kingdom that will last forever. Of course we recognise that this is Jesus, ‘one like a son of man’, God’s son, fully divine but also fully human, dead, risen and ascended to his Father’s side. Whilst we might know turbulence in our lives, we know that in him all will ultimately be well as he is on the throne and his kingdom will overcome and will never pass away.

Jesus, we worship you along with all the nations and people described here. You are our Lord and our hope and trust is in you!