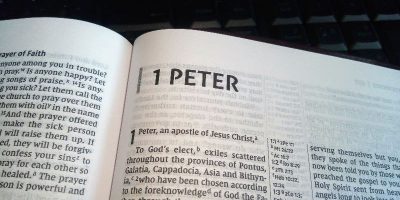 Matthew 26:47-54 NIV
While he was still speaking, Judas, one of the Twelve, arrived. With him was a large crowd armed with swords and clubs, sent from the chief priests and the elders of the people. [48] Now the betrayer had arranged a signal with them: “The one I kiss is the man; arrest him.” [49] Going at once to Jesus, Judas said, “Greetings, Rabbi!” and kissed him. [50] Jesus replied, “Do what you came for, friend.” Then the men stepped forward, seized Jesus and arrested him. [51] With that, one of Jesus’ companions reached for his sword, drew it out and struck the servant of the high priest, cutting off his ear. [52] “Put your sword back in its place,” Jesus said to him, “for all who draw the sword will die by the sword. [53] Do you think I cannot call on my Father, and he will at once put at my disposal more than twelve legions of angels? [54] But how then would the Scriptures be fulfilled that say it must happen in this way?”

Help me to chose for you and your Kingdom today Lord.