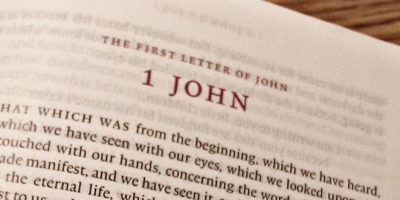 Acts 4:24-28 NIV
When they heard this, they raised their voices together in prayer to God. “Sovereign Lord,” they said, “you made the heavens and the earth and the sea, and everything in them. [25] You spoke by the Holy Spirit through the mouth of your servant, our father David: “ ‘Why do the nations rage and the peoples plot in vain? [26] The kings of the earth rise up and the rulers band together against the Lord and against his anointed one. ‘ [27] Indeed Herod and Pontius Pilate met together with the Gentiles and the people of Israel in this city to conspire against your holy servant Jesus, whom you anointed. [28] They did what your power and will had decided beforehand should happen.

Where did Peter and John and the rest of the Early Church get their boldness to speak from? It was partly from the work of the Holy Spirit, but also as this passage shows, from having a big vision of God. If he is the all powerful creator God who reigns over all, then who can ultimately stand against him and his people?